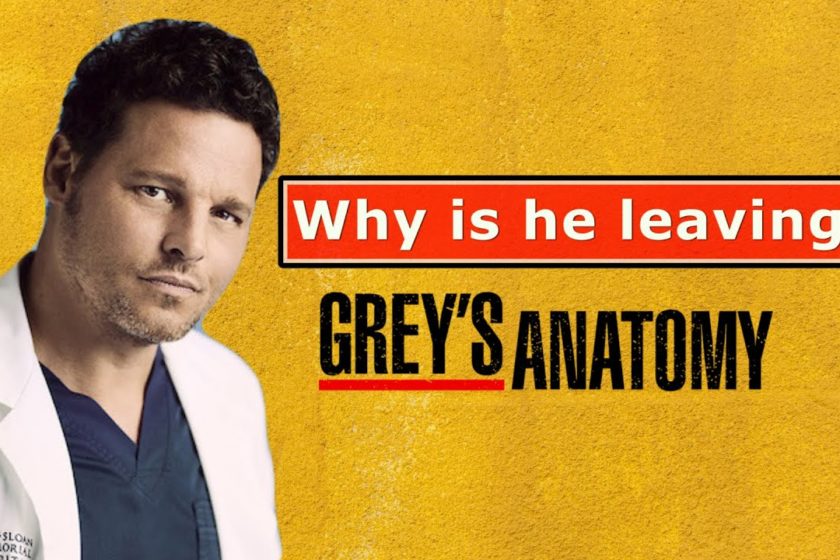 The news of Justin Chambers suddenly leaving Greys Anatomy is everywhere. Most of us have heard it by now and we are all devastated. This wasn’t something anybody saw coming or expected. To make things worse, ENews reported that Chambers’s last episode he appeared in, was in fact the FINAL episode he will be in. But why? Here is a little insight into what’s going on.

Chambers is struggling through stress and depression. This doesn’t come as a complete shock. He has a highly stressful career. He has been on this show for 16 seasons now. That must come with so much stress. The decision in itself to leave the show, knowing he was one of the only originals left and one of the most beloved characters, must have been a choice he did not take lightly.

Page Six was told by a source:

“Justin has been at [Privé-Swiss] for stress and life coaching. He has been seen in the area at different places over several weeks including at a restaurant at Old Saybrook — where he was nice and chatted to other diners, but looked very thin.”

A second source told us that, “Justin was at Privé-Swiss being treated for stress, depression, and life-coaching. There is a lot going on with [‘Grey’s Anatomy”] behind-the-scenes right now.”

We know that Chambers opened up back in 2008 to People Magazine that he had a sleep disorder. He had said: “It’s a biological sleep disorder. Your mind keeps racing, and your body is tired. It wants to go to sleep, but it can’t.”

So, now we have a little more insight into why Chambers left so suddenly. I, personally think more will arise on this and that there may even have been some drama on the set. As we learn more, we will update more. This is the information we have now. As sad as I am that Alex Karev won’t be in another episode, I surely hope the best for Chambers and that this time benefits him.