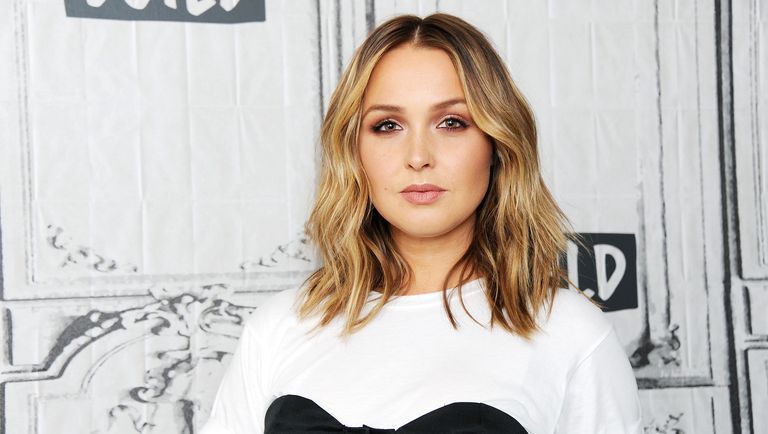 On November 30th, Camilla Luddington (Grey’s Anatomy’s Jo Wilson) quote retweeted a photo posted by a fan of her with blonde hair. Fan, Ange, said “we miss your blonde hair @camilluddington” Camilla’s response said , “I want to go back to blonde after I say goodbye to Jo Wilson.”

This has fans a little confused. Does she mean AFTER Grey’s Anatomy ends? Or is she saying she may be saying goodbye to Jo Wilson sometime in the near future?

Right now, we are following Jo through her divorce and into her journey of finding out what her life looks like being single again. In the last episode, we saw that she tried to hook up with Jackson (total hotties, we approve) but she was unable to because she wasn’t ready. Could Jo Wilson’s storyline come to an end now that Alex left her to go back to Izzie?

We all may be overthinking it, she may just simply be talking about after the show but WHO KNOWS! This could be a possible spoiler that Jo will be exiting the show soon! I mean, this season does take place in 2020 where everything and anything is possible so we can’t ever be too sure.

If she were to leave the show, as sad as it is, I can’t see a lot changing. They would have to find another person to take her spot as a surgeon but that probably wouldn’t be difficult. We love Jo Wilson but it also wouldn’t be devastating to see her leave now that Alex already has.

We personally hope she stays though. She is sweet, funny, and brings excitement to the show. The friendship between her and Linc are perfect, too. We don’t want to see that end either! So, Camilla, I hope that this was just a random thought and that there are no plans to leave Grey’s anytime soon!