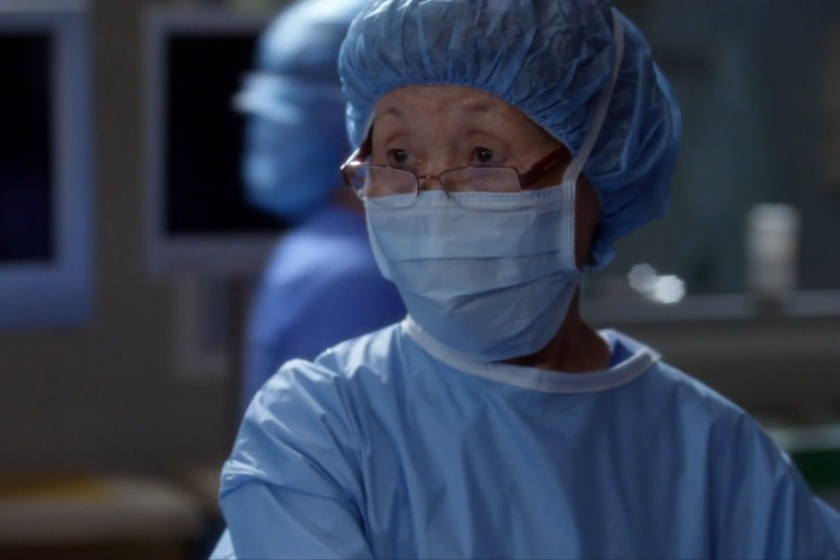 Fans are going stir crazy right now while waiting for a much overdue shocking death to happen on Grey’s Anatomy. We can mostly all agree that since Vernoff took over the writing, the show has lacked it’s wow factor. Some, even say it’s been boring. In the meantime, fans have been creating their own drama to keep themselves entertained. The most recent we’ve caught wind of is Bokhee’s death.

Let’s be real, Bokhee is a main character on the show and nobody can disagree. She deserves all the recognition. What if she is the next to die? Picture it, a huge dramatic episode putting all our loved ones in danger only to end with our beloved Bokhee losing her life. Not only would this be shocking and heartbreaking, but it would also be a HUGE plot twist. Now let’s dive into a few fan theories.

One theory we’ve heard was the more obvious illness. Some illness gets into the hospital and is easily contracted and ends up attacking Bokhee. She does not survive this. To make things worse, many others don’t survive it either. This would be heartbreaking. We would not only be shocked but then would likely have to watch Bokhee in her last weeks/days of life. I don’t know if I could handle that!

The next theory is a little more far fetched. This one we saw was another shooting. This one is a little hard to imagine happening because at this point it would seem overplayed. At the same time, real life is crazy and unfortunately, it probably wouldn’t be totally out of the question. This wouldn’t give us any time to process what was about to happen. Just like with George. We would be blindsided.

The next one we have is pretty believable. There is a patient that comes in, likely from an overdose or a fight. He runs with the wrong crowd. They end up being in a gang and things take a turn for the worst. They are laying in a hospital bed when their enemies come into the hospital to finish what they started. However it goes down, Bokhee is caught in the crossfire and we lose her.

There are so many more theories not just about Bokhee, but about character deaths in general. You are all AMAZING at thinking of juicy theories to keep us all entertained while we (not so) patiently wait for season 17! Feel free to send us your theories so we can display them!