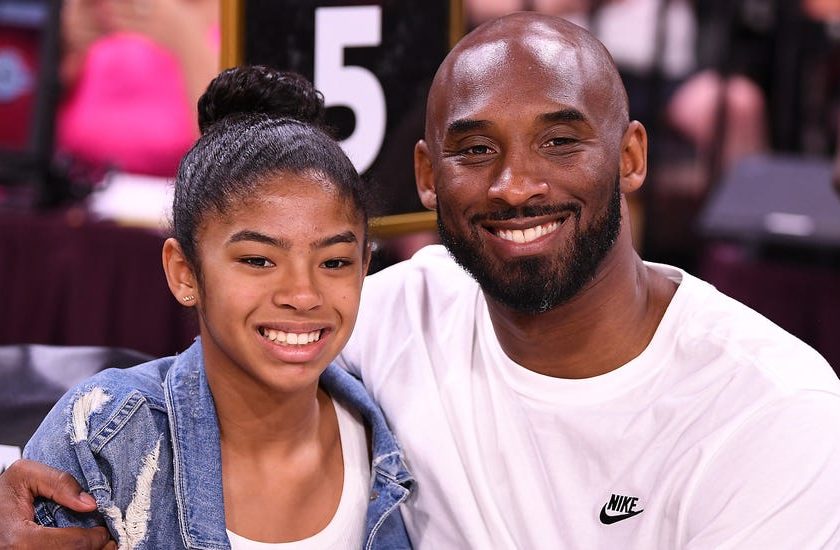 By now, we have all heard about the tragedy that claimed the lives of Legend Kobe Bryant, his daughter Gianna; a baseball coach John Altobelli, his wife, Keri and their daughter Alyssa; mother and daughter Sarah and Payton Chester; Mamba Academy basketball coach Christina Mauser; and the pilot Ara Zobayan. There are no words to describe the immense shock and pain this caused all over the world just shy of one week ago.

While everybody is hearing the news and processing this, we find out that TMZ’s report may have informed the family BEFORE anyone else could have. Change.org reported “TMZ’s founder Harvey Levin said that he was in communication with Kobe Bryant’s representatives before publishing the story. However, he acknowledges that the families of other victims could have found out from TMZ’s reporting or social media, which happened more than four hours before the official announcement was made. ” This is even more devastating. Imagine, your husband and daughter both die suddenly and you have to read it while casually scrolling your social media. Absolutely heartbreaking and not okay. Ellen Pompeo was not afraid to call them out and petition to cancel TMZ after this absolute lack of respect.

Ellen tweeted out on Tuesday, asking Twitter to sign a petition to cancel the news outlet. Pompeo states: “I wonder why police departments give @HarveyLevinTMZ all this sensitive info? I wonder why @HarveyLevinTMZ puts out photos of women who have been attacked or assaulted. …Who were victims? Exploiting women who have been abused… why is this guy still in business at all? So many questions I have …if we are not tolerating abuse anymore… shouldn’t we be calling this out? Exploiting women who have been abused… exploiting the brutal sudden death of people’s loved ones is certainly emotional abuse… I call times up on his behavior. Tabloid media emotionally abuses women and we are their biggest audience.”

Los Angeles County Undersheriff Tim Murakami tweeted first saying: ” I am saddened that I was gathering facts as a media outlet reported the Kobe had passed. I understand getting the scoop but please allow us time to make personal notifications to their loved ones. It’s very cold to hear of the loss via media Breaks my heart “

I am thankful for people like Pompeo using their platform to stand up for what is right. This entire situation is such a wake-up call. Kobe and his wife, Vanessa, had a pact never to fly in a helicopter at the same time. Even though they took precautions and knew this was a possibility, you never think it will actually happen to you. As of 10:43 AM on February 1st, 2020, 572,823 people have signed the petition to cancel TMZ.

A week ago this world lost a group of individuals who were well-loved. A week ago, families lost their loved ones. One moment they were saying goodbye, see you later and then that was it. TMZ did not respect that. This was obviously a huge story and news outlets were going to hop right on it but at the cost of what? Being the one to destroy a family’s lives in the process? It doesn’t matter how “big” the story is or how much clout you’re going to get. Tragedies like this deserve more respect than that. The Bryant family and the families of the others lost in that crash deserve more respect than that.

This is not the first time TMZ has crossed the line. There have been mixed reviews on them as long as I can remember. This has been one of the worst things they’ve done though.

Our most sincere sympathies here at Spoilerist are with the affected families. We wish you all healing and comfort at this time. We thank Ellen Pompeo for never being afraid to speak up for what is right.