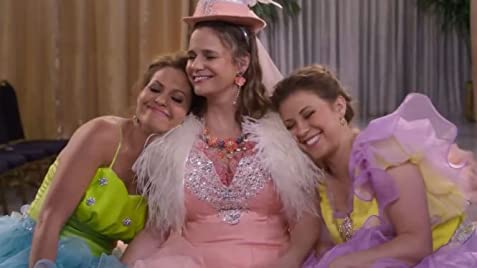 Full House was an ICONIC show starting in 1987 and ending in 1995. This show has catered to children and young adults every day since it first aired. Even some adults are still hooked to this day! Many of us wished it never had to end. Then come 2015 we hear some rumblings about a sequel which was SO exciting!! Or at least we thought it would be.

This remake, unlike a lot of others, brought back a lot of the original cast members which was amazing. That is what kept most of us hooked. Though, we missed the Olsen twins and Aunt Becky (toward the end whoops). The show was funny, interesting, and overall a good remake. So where did the problem come? The end of course.

SPOILERS AHEAD SO STOP READING IF YOU DON’T WANT TO SEE!

How do you end such a great sequel with one of the main characters FINALLY getting pregnant after being told this whole time she never would?! We deserved to see how that played out! Fans were left heartbroken knowing this family was going to remain living together, and Stephanie would be experiencing pregnancy and everyone is experiencing marriage, all without us!

The series itself was great but they ended it with so much more they could have done. We wanted more jabs at the Olsen twins for not joining the show! We wanted to see Uncle Jesse raise that sweet little angel. We wanted to witness how everything played out! How could they just leave us hanging like that to leave it up to our imagination? One more season is all we needed to live out everything that left us hanging.

I’ve seen fans upset about this all over social media. Did anyone really like the ending? Let us know!