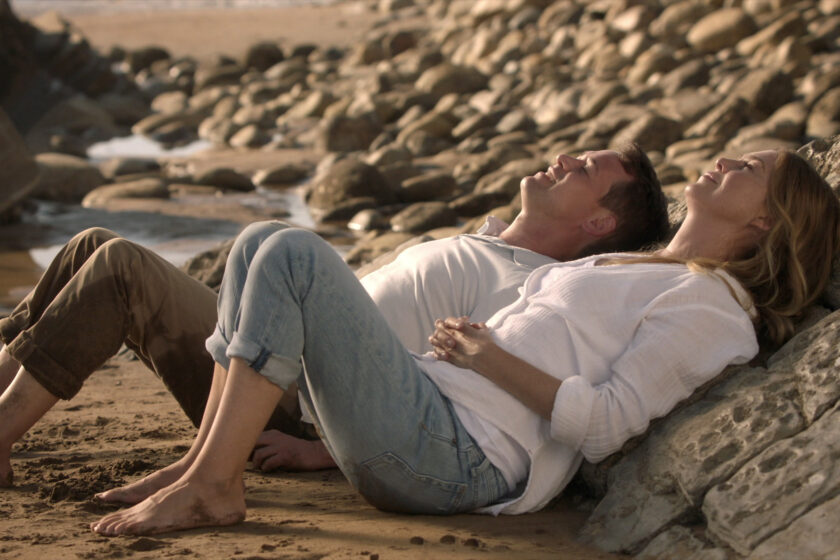 Spoilers ahead!!! Turn back now if you do not want to know who Meredith saw next on the beach!

Happy Grey’s Day family! By now, we all know that Meredith is fighting Covid-19. We know that she is having “Covid Dreams”. First, we saw Derek return and greet Meredith. Then, the preview for this week’s episode showed us that another person would be returning as well.

Oh. My. God!!!! We have no words at all. When the camera panned after Meredith called “excuse me” and we saw the face of GEORGE O’MALLEY?! Tears are flowing nonstop. Hearing his voice again was just so heartwarming.

We had a slight feeling that it could be him because earlier in the year there were photos of Ellen Pompeo and T.R. Knight were posted at the beach. I think we can speak for everyone when we say this was an IMMEDIATE moment of chills, tears, screams and smiles. George’s death was heartbreaking and probably the least expected on the entire series.

There is speculation that there might be another guest coming back as well and we believe it will be Lexi. These three people are the three gone that just make sense. We also believe that maybe we will get a visit from Doc who will bring back all the feels. People are speculating that Ellis may return but I truly don’t believe that would bring a big enough “wow” factor. I mean, we already had her pop in when Meredith was drowning. With these other options such as George and Lexi, we get chills and it brings total shock. We just don’t feel like Ellis will have that same effect on the audience.

Who do you think will be on the beach next? Do you think it will end here and just be these two? Let us know!