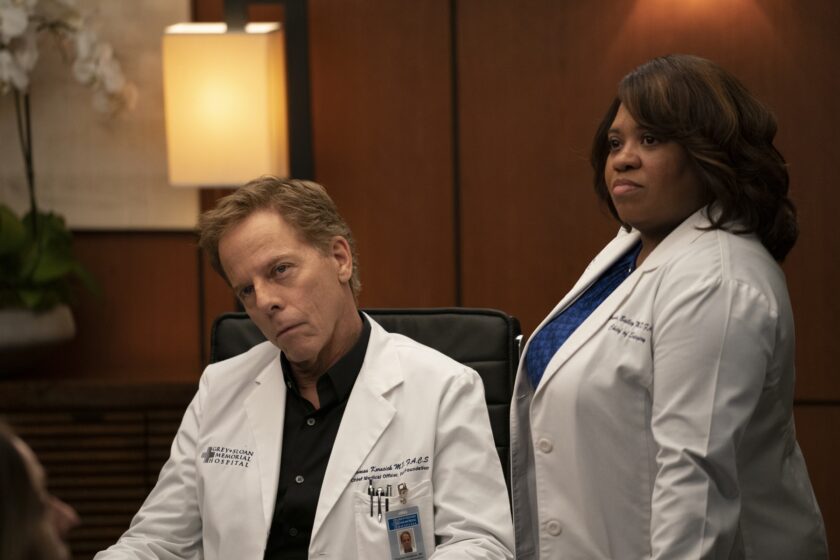 Think about it, Dr. Bailey and Tom Koracick have this undeniable tension. He was in charge of her at one point and Bailey did not like that. What if that tension turned into sexual tension in a heated moment? Perhaps then it became a regular thing.

Fast forward and we still have Ben and Miranda seeing less and less of each other and both of them trying to give their attention to little Tuck. Is Miranda falling in love with Tom on accident? Is the idea of having a powerful man working in the same location as her 24/7 making her more and more tempted?

Keep in mind, this is just a fan fiction submission we received and is in no way shape or form intended to be put across as real, true, or spoilers. Please submit any fan fiction regarding Grey’s Anatomy that you may have as a chance to also be featured on our site!

For now, we’ll leave you with the weird feeling in your head right now. Half saying “wow this is absurd this would never happen” and then the other half saying “well this IS Grey’s Anatomy and they DO hate us and want us to be sad and shocked so…. maybe….”