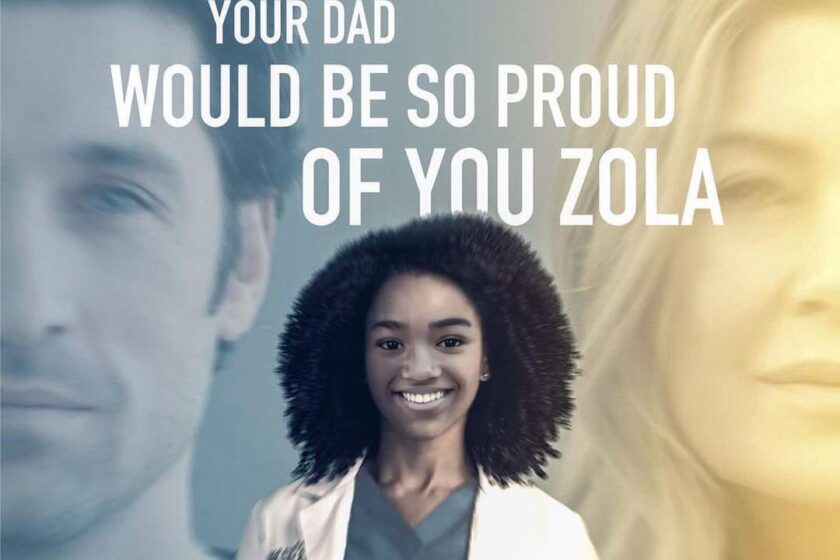 We all wonder what’s going to come of Grey Sloan in the future. Well, let’s fast forward 30 years, shall we?

First things first we start with Zola. Bailey will retire and make her chief of surgery. Zola will specialize in Neuro of course, just like her father. She will be well versed in all specialties. She will successfully run the hospital and put in a lot of hard work and dedication.

Tuck follows in Ben’s footsteps. He is now working for Station 19 where he is chief of fire. He is in love with Zola, and eventually they will fall in love. They will be two powerful individuals excelling in their careers who end up with a lovely family as well. Of course family get togethers are so fun since its Meredith, Bailey, Ben and the rest of the gang!

Harriet is up next. She goes to medical school to follow in the footsteps of her father in plastics. She gets the amazing opportunity of learning everything she knows from him. They get a brief period of time working together as the second most amazing plastic posse there is before Jackson retires a few years later.

Sofia comes back to Seattle, but she did not take in her parents footsteps and become a surgeon. She did, however, take a little from Arizona and went into social work. She partners with Grey Sloan Memorial to help all the children that come in with signs of abuse, neglect and various other things.

Bailey Shepherd is a veterinarian now. He works hard to save animals and care for them every day. He also owns a few shelters as well.

Ellis Shepherd and Leo Hunt have fallen in love and gotten married. They are both in the army. Ellis is a soldier while Leo is a trauma surgeon. They are often overseas and come home a few times a year to see their families.

Plot twist, Alex and Izzie’s children moved to Seattle to become interns at Grey Sloan Memorial. As nice and accepting as everyone wants to be, they can’t help but feel a little animosity toward them. They still see them as to blame for taking their beloved Alex away from them.

There you have it. 30 years later! Seems like a pretty nice life. I wouldn’t mind watching a series based on all of this. I just hope they all have better luck growing up than Meredith did!