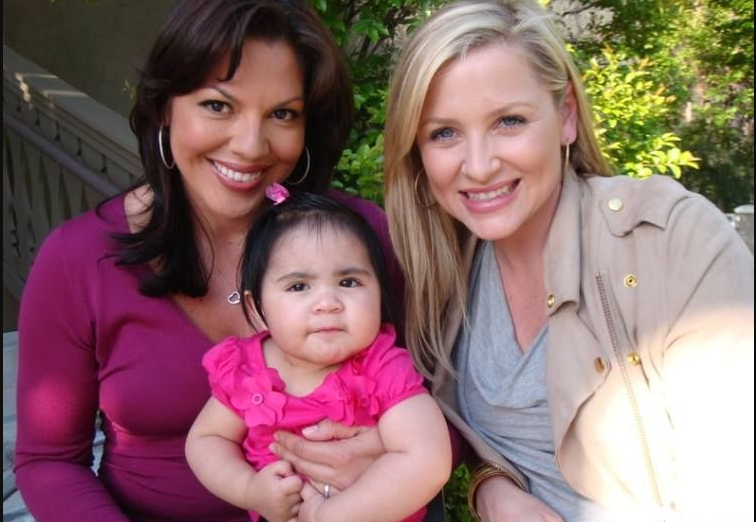 A hot topic in the Grey’s Anatomy fandom has been the custody battle between Callie and Arizona for their daughter. This article will not choose sides, but instead will bring light to both sides of the story.

Callie is Sofia’s birth mother. She and the late Mark Sloan had gotten pregnant while Arizona was in Africa, after her and Callie had broken up. Arizona came back because she didn’t want to live a life without Callie. She comes back and finds out Callie is pregnant and now has to decide what to do. She chooses to be a mother. One common controversy is the thought that Arizona did not want to be a mother. Back in the earlier seasons, Arizona had made the comment that she didn’t want children. This came from a place of fear because she saw day to day how parents lose their children to injuries and illnesses. Later on though, after a tragedy hit the hospital, Arizona went to Callie and said they will have children, many children.

After Mark died, Callie and Arizona were the sole two parents taking care of Sofia. They did a great job. Then, their marriage came to an end. They still did a wonderful job co-parenting and raising their beautiful girl. Callie had met a new woman and they were planning to move away from Seattle. Here is where it all went south.

Callie sort of dumped this on Arizona, and made it seem like she would have majority custody and Arizona could have her here and there. This didn’t sit well with Arizona because she was legally Sofia’s mother as well. She loves Sofia and wants Sofia. Arizona then immediately went to a lawyer. It seems both parties were a little rash here. Callie didn’t communicate more than her plan, and Arizona didn’t wait for them to have a better moment to discuss it all. Just like that, off to court they went.

We have the side of people who say the birth mother should always get custody. Is that true though? We know the obvious reasons someone should not get custody (anuthing harmful to the child) and that was not the case here. Nobody would be causing Sofia harm. Arizona may not have had the genetics to back her, but she had the love. These two woman both loved this little girl so much they were willing to go through all of this to come to a consclusion.

It shouldn’t have had to be that way though. The hurtful things each lawyer said to sway the jury were intense. In the end, the judge sided with Arizona. Knowing they had a support system in Seattle where Sofia was born and lived all her life until then. It made the most sense in the courts eyes.

Thankfully, by the end of all of this, Arizona had made her point. She didn’t want Sofia to be sad, so instead of keeping her like SHE had wanted. She did what Sofia had wanted at that time, and that was to be with Callie. In the midst of all this, Sofia changed her mind a couple times. She just wanted both parents. That is why we get her happy ending of all three of them being reunited and living in New York.

No matter what side you choose, the ending is happy. I think we can all agree that the extremes they went to could have been avoided, though.