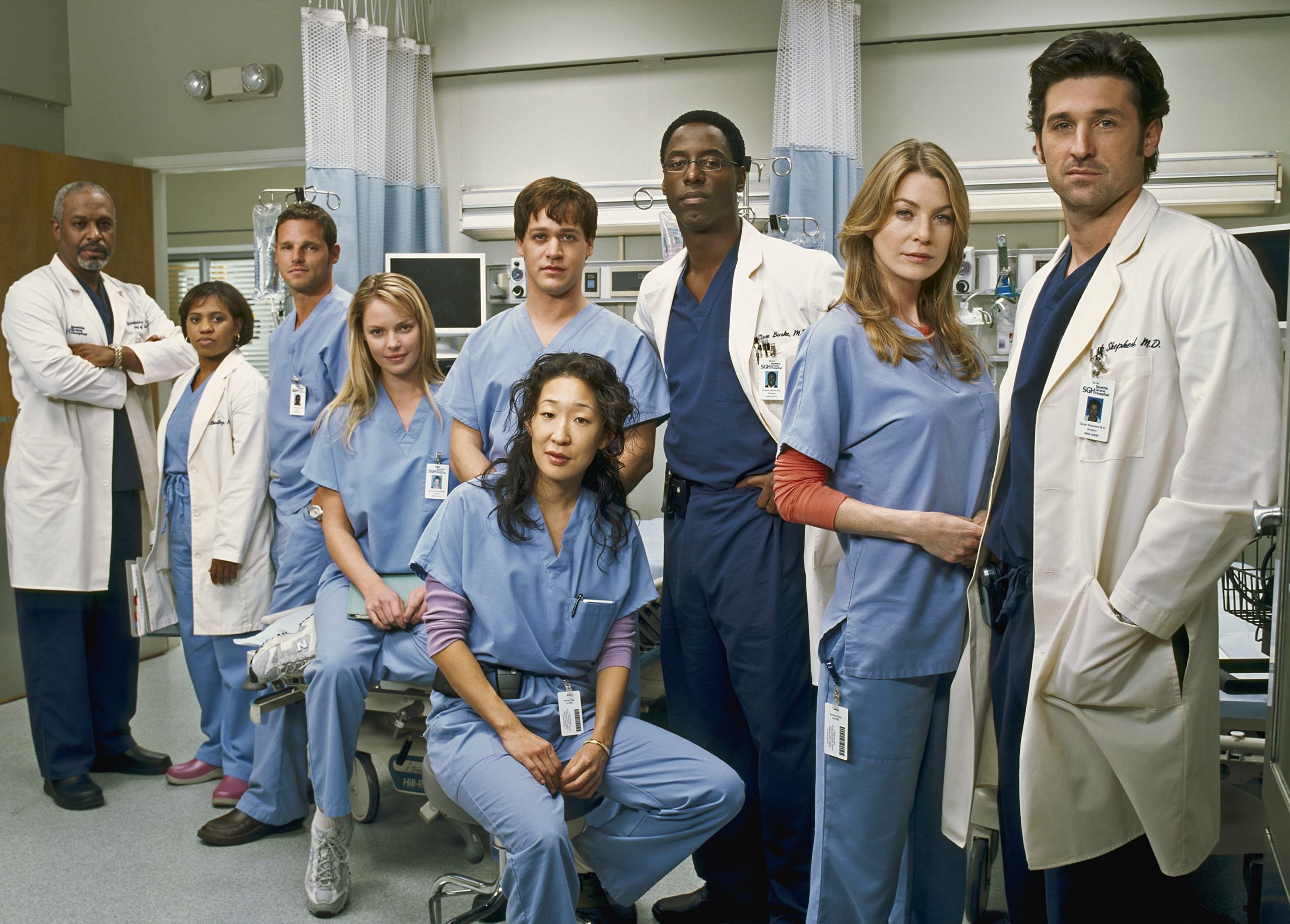 Let’s be clear we don’t want Greys Anatomy to end ever! But for fun, we are going to share some of the theories shared by the fans.

1 – Greys should end with Zola wearing Derek Shepherd’s famous ferry boat scrub cap, about to do her first solo brain surgery, looking up at the gallery, Meredith smiling at her and Zola saying it’s a beautiful day to save lives.

3- Meredith keeps journals like her mom because of the Alzheimer’s. All the episodes are one of her kids reading them back to her as she passes away. Then Zola, Bailey and Ellis all go to work and it’s at the hospital. Zola is Chief, Bailey is a neurosurgeon and Ellis is General surgeon.

4-  Meredith is still with Derek and in the end shows her in the nursing home remembering all of this like it was a dream.

5- Last episode Derek wakes up from surgery. He was in a coma, everything that happened after the accident was just in his head. Meredith and Derek raise the baby.

7- Zola and Sophia starting their internship at Grey Sloan with the conversation about how Sophia never knew her dad but the hospital has his name on it.

8- A shot of older Meredith in a care facility with a nurse and Bailey Sheppard-Grey showing her a video on her phone. The video quickly shows Ellis Sheppard-Grey cheesy smile and Heard through the video Ellis in the gallery “shhhhh Zola’s about to start her first solo craniotomy!!” before she switches the camera from her face to the surgery floor a shaky camera (as she tries to hide the fact that she’s recording from Chief Bailey) points over the window in the gallery towards the surgery
Zola winks up at Ellis “alright everyone, Its a beautiful day to save Lives”

Cheif Bailey smirks as the camera pans past her, Meredith smiles in the nursing home “That’s Dr. Miranda Bailey, I named my son after her!” Meredith’s son, Bailey, smiles “I know, Mom..”

8- Another fan shared – I’m hoping it ends with the little girl Derek saved showing up years down the road as a surgeon that Grey hired, because Grey is the new chief, and the girl says, “It’s a beautiful day to save lives”. The same thing Derek said to her when he was saving their lives. Grey looking at her, asks her where she heard that from and she tells Grey about Derek saving her life.”