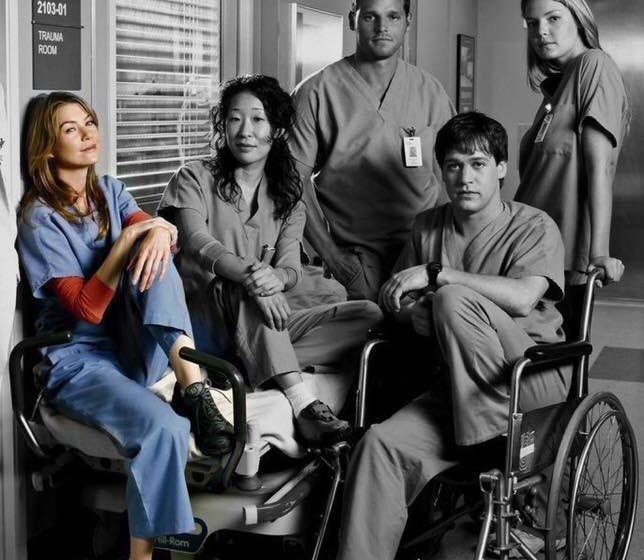 Now that we are less than a week away from Grey’s Anatomy beginning again, it’s time to talk theories. We’ve seen a lot from many fans, so why not put them all in one thread and see if any are correct?!

Alex dies. This is one I’ve seen quite a bit. The thought is that he went to visit his mom and help her out, and somehow while doing so he tragically dies. Whether it’s being in a car accident, his mother or brother going crazy and attacking him, or some other reason. This would make sense as to how Jo can go on without Alex and stay at Seattle at Grey Sloan Memorial Hospital.

Alex moves to help his mom. This theory can get a little complicated. If he moved, wouldn’t Jo move with him? They JUST got married, so it would be really weird and unfitting for them to divorce right now. Would they just keep him offscreen and mention him here and there like Yang? Maybe they would say Jo is going to visit him or say she just got back from visiting him. That’s also weird though because why wouldn’t he ever come to visit her here? Is he now his mother’s constant 24-hour caregiver? This theory leaves too much question if you ask me, but you never know what Grey’s has up their sleeve!

Jo leaves the show to move with Alex. Jo has become a significant character and I would hate to see her go. Some of your theories have been that she will soon leave the show as well because without Alex they won’t have a storyline for her. She is has been one of the main topics of the show recently and is in the middle of her own big storyline. It would be difficult to write her off and take some time to do so. This is a theory I hope doesn’t play out because I have a lot of love for Jo and I think her storyline has so much opportunity.

An original cast member will come back to distract. There has been talk about one of the OG’s coming back and making an appearance. Now that Alex is gone, perhaps they will briefly address it and then bring someone else back as a distraction. Rumors were stirring about Cristina or Addison coming back as neither of them left on bad terms or were killed off. Cristina has been mentioned a lot more than usual lately too. Which has raised the question of her coming back. It has also been said that Kate Walsh would not be opposed to coming back.

The car going through the bar hits Karev. This was probably the most creative theory I’ve seen. The car that goes through Joe’s bar hits Karev making him unrecognizable. They then have to reconstruct his face which looks different than originally. Then a different actor that looks similar, takes over as Alex Karev. This is crazy to me, but so creative. This seems like a long shot, and I can’t imagine someone else being Alex…. but it would definitely make for an interesting plot.

Ignore it all together. This would be the worst. Some people believe they won’t even mention Alex again. They believe the cast will continue on as usual and Alex will just be fazed out and a thing of the past. That would be heartbreaking because he was so important. We deserve more than this!

Jo leaves Alex for Linc. First of all, let me just say, I LOVE LINC. I think he is a great and wholesome character. Now that there is some drama surrounding Amelia’s pregnancy, this could possibly leave Linc single again. Some fans believe Jo will leave Alex, adopt this baby and start to become romantically involved with Linc. I hope not because as much as I love Linc, I would rather him with Amelia. I don’t want to see his pure heart get broken and Amelia’s baby be Owen’s. That would be awful.

These are just some of the theories we have seen from you all. The two that seem to be most popular are Alex dying or them doing exactly what they do with Cristina and keep him offscreen but relative. Just 6 more days until we get to find out!