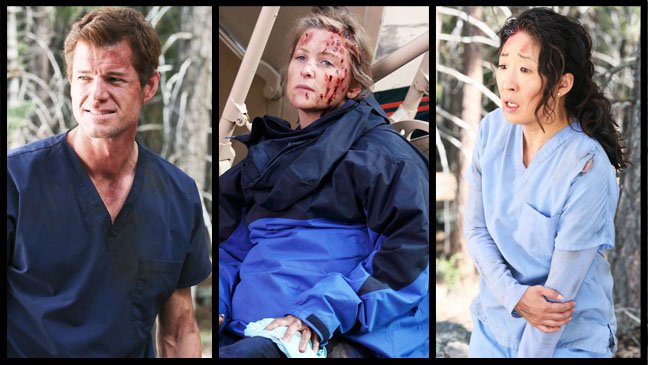 I’ve seen a lot of fan theories but this has been one of the craziest yet. Imagine it though. We have been watching this entire series through the eyes of Meredith Grey who actually is 70 years old, in a nursing home, with Alzheimer’s. Everything we are watching is the story of how she remembers her life played out.

Meredith remembers this tragic time in her life, but as a whole different scenario because the truth is too hard to have as a memory. The truth behind it is, Lexi never went back to Mark Sloan and he ended up going crazy. Mark planned to get revenge on Lexi and it went farther than he, or anybody else, could have every imagined. He planned to kill Lexi, and he succeeded.

Mark came to Lexi on a night he thought she would be alone in her hotel room, as they did in fact take the plane to go to Boise as stated. He planned to kill her and “discover” her the next morning heartbroken and shocked. The plan didn’t go that way.

Mark entered her room with a gun, not knowing Meredith was there and in the bathroom. He walks in and Lexi instantly starts screaming. Meredith immediately calls Derek so he could hear what was going on while she runs into the room to stop Mark. Derek calls 911 but he, Arizona and Cristina all come running down the hall. Mark shoots Arizona first, on accident right in the leg. Next, Derek tries to intervene and Mark shoves him out of the way breaking his hand in the process. Finally, he shoots Lexi, killing her instantly. He runs out of the hallway being quickly chased by Derek who manages to push him down a flight of stairs where police are now arriving. Mark is in a coma and rushed to the hospital along with Lexi, Derek and Arizona. Followed by Meredith and Cristina (who was looking for her shoe this entire time).

Lexi is pronounced dead, Mark remains in a coma and Derek’s hand needs surgery. Mark later dies. Meredith cannot come to terms with all of this and mentally blocks it out of her mind. She continues on with her career and refuses to mention it again. All the while telling herself she was in a plane crash, never made it to Boise and that is how everyone dies. By the time she starts showing symptoms of Alzheimer’s, this is now her new reality and what she fully believes happened.

This fan fiction through us through a loop we can not even comprehend!