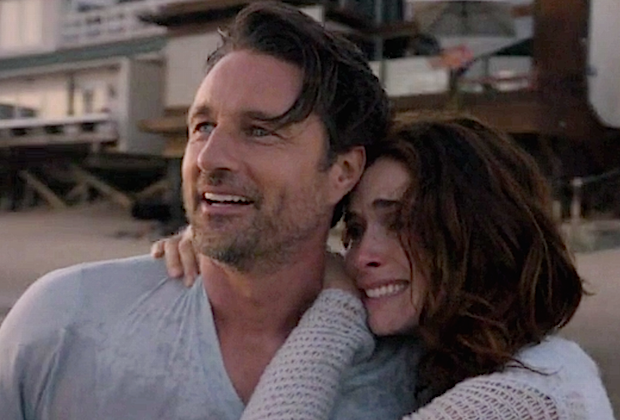 Here we go again, everyone. Megan Hunt is the next person confirmed to return to Grey’s Anatomy in season 18!

This is insane, Abigail Spencer, is going to be back for season 18. She is due to be in the season premiere on September 30th. Megan is the partner to our favorite love interest, Nathan Riggs, and the sister of Owen Hunt. She last appeared in season 14 when she was found after being presumed dead for 10 years.

What will she be coming back for? Could it be for Owen and Teddy’s wedding? Will they actually get married? That seems to be the most logical situation we can see her coming back for, otherwise, there really is no reason at all.

What would be amazing is if she came back to say she and Nathan have gotten a divorce, and then later on we see him come back to be with Meredith forever! (Wishful thinking!) What are your theories? Why do you think she is back?

We now have Kate Burton, Ellis. Kate Walsh, Addison. Abigail Spencer, Megan. Who else will be coming back to us this season? There have been rumors of George, again, but that doesn’t look to be anything serious. Still no sign of our beloved Sandra Oh coming back though.

This leads me to believe they are really aiming to wrap up the series soon. Between seasons 17 and 18, they are bringing a lot of our favorites back. It seems to us, that they are trying to get us in our feels and happy before they rip the end of our favorite show from us.

Addison Montgomery is coming back!

It seems we’re going to have MULTIPLE episodes with one of our favorite people. This is amazing because we never got to see Addison’s reaction to Derek’s death. Now, not only will we likely see some sort of reaction regarding that, we get to see Addison meet Derek’s children which are going to be AMAZING.

We also have, Peter Gallagher coming to the series, which who knows what their plan is here. Peter Gallagher is going to be joining the cast as a doctor who once knew Ellis. So, we all know what time it is… Theory time! What do we think their relationship would have been? They may have been colleagues, or perhaps lovers, or maybe related? Perhaps we find out Ellis had some other health crisis she hid from everyone and he was her doctor and now Meredith finds out and has to worry about herself and her children! The list is endless. What if he is Meredith’s real father!

Drop your theories and let us know what you think is going to happen next!