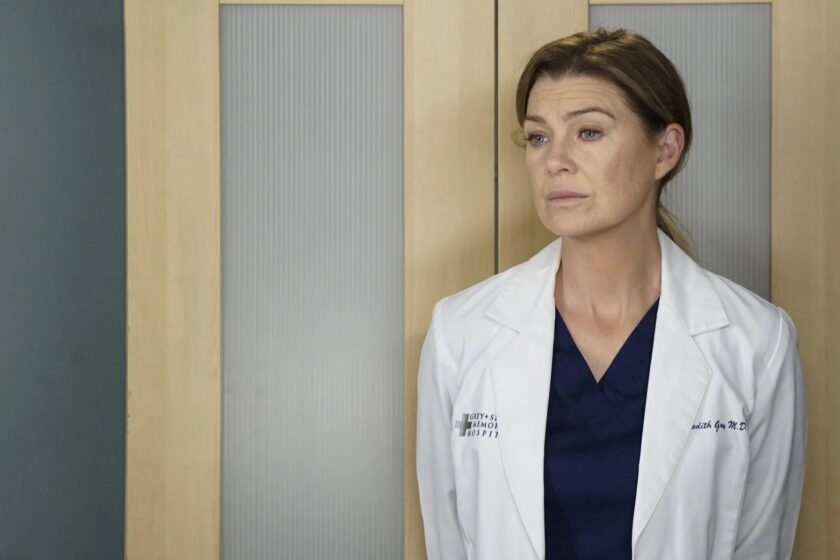 The show’s titular character, Meredith Grey (Ellen Pompeo), will depart when Grey’s Anatomy returns in the winter. On February 23, Pompeo will bid farewell to her role as a key cast member because her character will be moving to Boston to seek a job. According to a recent article by Deadline, Meredith will leave Grey’s Anatomy on February 23 when the show returns.

The Season 19 autumn finale, which concluded with the announcement that “Meredith departs Seattle,” featured a marketing video for the show’s winter return. In the teaser, Meredith can be seen getting toasted as she finally departs, admitting that one of her reasons for permanently moving out of her house is the fact that it burnt down, leaving only a post-it note with the survival vows she and Dr. Derek Shepherd (Patrick Dempsey) had written on it.

This comes after the email Meredith sent in the season finale announcing her departure from the hospital, which also marked her decision to relocate to Boston after her eldest daughter Zola (Aniela Gumbs) found a school she wanted to attend there and she was offered a job working on Alzheimer’s research by Jackson Avery (Jesse Williams). Meredith will leave the show in the seventh episode, “I’ll Follow the Sun,” which also happens to be Pompeo’s intention to limit Meredith’s appearances in the twentieth season to just eight episodes.

Pompeo won’t abandon the show entirely, though. Pompeo will continue to give the voice-over for all episodes of Season 19 and may do so in future seasons, even though she will be executive producing and starring in an eight-episode limited series on Hulu about a Midwest couple adopting a child with a rare form of dwarfism. She will continue to work on the project as an executive producer and appear in the Season 19 finale. Williams and other characters have made subsequent appearances throughout the entire series, so it’s possible that Meredith may too in later seasons.

Ellen’s departure will cause the show to start concentrating on a larger variety of cast members. The new interns introduced at the start of the season are now the main focus of the television show. The longest-running medical drama on television has yet to begin negotiations for a twenty-first season, but given how well the new characters have been received, another season may soon be in the works. The final two original cast members, Chandra Wilson (Dr. Miranda Bailey) and James Pickens Jr., as well as many other performers, will have their contracts renewed by ABC Signature if this occurs (Dr. Richard Webber).