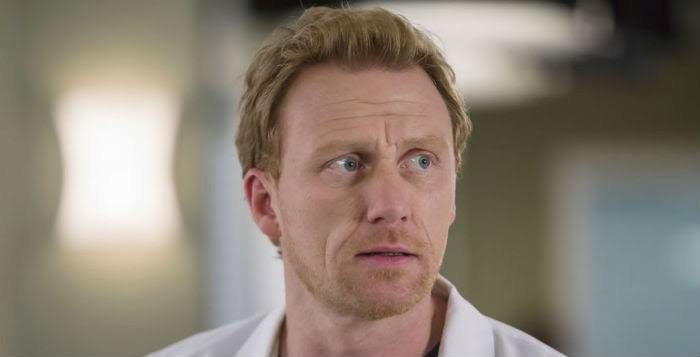 Okay guys, this will have to do with season 17 so you have been warned.

Wow, Owen is really turning into such a bad ass now that Teddy went rogue on him. I don’t know about you guys but I started off LOVING Owen, changed to hating him, then he was okay, then he was annoying and the rollercoaster just wouldn’t stop. Now, though, WOO he is not taking crap from anyone.

He has Teddy scrub in with him on Deluca’s surgery, knowing she would be the most equipped and prepared surgeon to team with him on it. She probably felt like he trusted her, believed in her and wanted her there. Now we know for a fact that Owen is a smart man. He does trust her and does believe in her, but it’s her skill he’s thinking of. Not her as a person.

In the chapel, when they go to tell Carina and Maya the good news, Teddy thanks Owen for calling her to the case. He then makes it very clear and tells her not to read into it, if he had any other options he would have taken them. Get it Owen, you tell her!

I think we all have a love-hate relationship here. We don’t necessarily love Owen OR Teddy but I would feel safe saying the majority of people probably hate Teddy more than Owen. This is messy, though. They have the kids together and an entire life together. Not that it’s impossible, there is just so much baggage between the two of them it will be very interesting to watch unfold!

What do we think? Will Owen ever forgive her? Will they get back together? Will she end up with Tom? (My favorite option). Ahhh, one episode a week just isn’t enough! I need them to drop this show in entire seasons just like Netflix series does!

Let us know what you think will happen next!