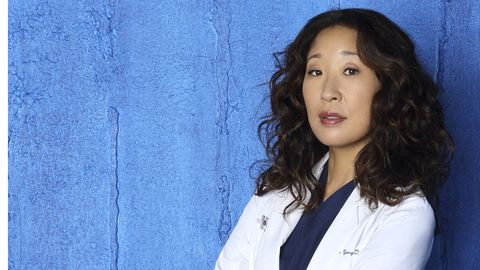 Everywhere you look, people are saying “Derek is alive!!!, Cristina is coming back!!, Arizona and Callie are coming back!!.” We are here to help debunk a little of the Cristina coming back theory, and give you the facts we DO have.

The fact of the matter is, Sandra Oh has been asked numerous times about a return to the ABC hit, Grey’s Anatomy. Each and every time she’s been asked, her answers have changed. In an interview with TV Line, Oh explained that she didn’t want to be killed off so that the option of returning for cameos was open. But then sometime later she interviews with Extra and said, “No. Creatively, you have moved on and while I know, and I deeply appreciate, because I can feel it from the fans, how much they love Cristina and how the show keeps Cristina alive, for me, [‘Killing Eve’] is my home now… this is where I am… I am Eve and that’s where I plan to stay as long as the show will have me, and that’s really where I want to be.”

There have been instances where she said she will return for the series finale of Grey’s Anatomy (if that ever happens!). In reality, though, we have no clue where exactly Oh’s stance is on a cameo return. For the people who say there is NO WAY possible, she will come back, its hard to be sure of that. Her answers change year to year. I don’t believe she truly can answer this question in full because nobody knows just when that finale will be. Perhaps the finale will be next year and Sandra Oh will not be returning. Or maybe the finale will be in 2025 and it’ll be the perfect time in Oh’s life to come back. We just won’t know, until we know.

In the meantime, Oh has been very busy with her own show, “Killing Eve”. She seems to be very happy and very fulfilled.

We know fans want better answers than what we have, but unfortunately, this is just all the current information given to us at this time. If any new information surfaces, we will be here to let you know! For now, all we know is if we want to enjoy Cristina Yang, we will have to take it back to the early seasons (which come on, aren’t we all rewatching all the time anyways!?”.