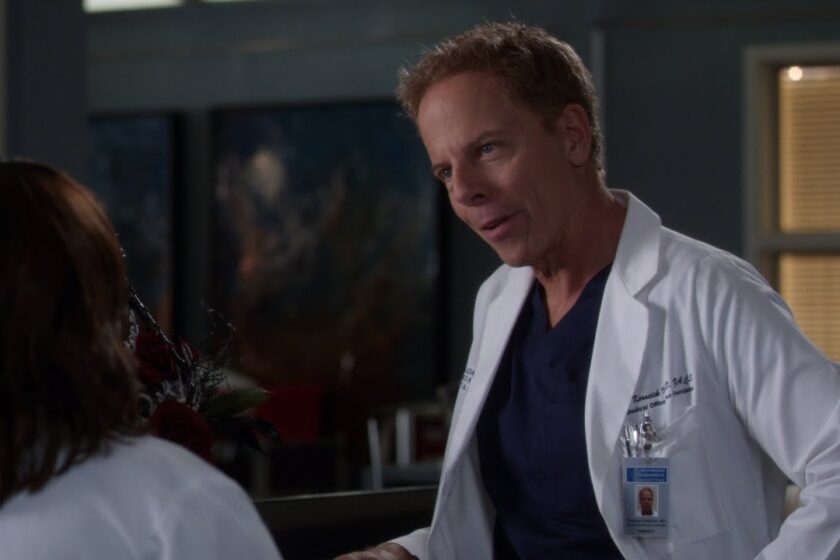 Spoilers ahead, if you do not wish to see them, stop here! You’ve been warned!

Last night’s episode, we say Tom Koracick looking very conflicted at various points in multiple scenes. When Helm storms out of the OR in a panic, there was a very troubling look on Tom’s face. It seems in that moment he has a lot of thoughts.

Jackson Avery was busy saying goodbye to everyone, as he would be departing the next morning for Boston to begin “changing the world”. We sat through some tear-jerking scenes of him saying goodbye to Bailey, Webber, Jo, and Meredith. They showed a lot of flashbacks to Jackson’s career from when he just got transferred, to him and Mark and many more that I know made us all tear up.

At the end of the show, we see Tom standing in a parking lot, again, looking conflicted. A car pulls up and it has Jackson Avery in it. A strange scene to see as the two of them do not get along. Tom wants to make a change, he wants to make a difference and be an ally. He states how when he had Covid, there were many people who shared a room with him and did not make it. They were all black. He wanted to make a change in any way he could and asks Jackson to use him. Jackson obliges and says to be in Boston at 6AM.

This season is giving us a lot of joy because we got to see some of the very favorites that we lost, but then we’re getting so much heartbreak as well. We’ve lost Andrew Deluca, then Jackson Avery, and now Tom Koracick. I don’t know how much more loss I can handle all at once. This is a lot of important losses all at once.

“To have worked with all the incredibly talented people involved with Grey’s over the past few years has been such a privilege,” Germann told Deadline. “A big thank you to the fans as it has truly been a shared experience!”

So there you have it folks, add another loss to the books! As if our hearts weren’t broken enough. An up-side, is how well Meredith took the news of Deluca. We are so happy he remembered his goodbye to her on the beach and was able to with comfort tell everyone he is with his mother. I wonder if she will tell Carina that as well?

Only a couple more episodes left in the season, let’s see who leaves us next!