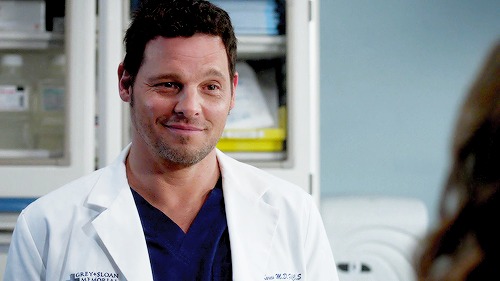 Justin Chambers hit us all with a sudden announcement that he is leaving Grey’s Anatomy after all these years. We reported on this last week as it came to a shock to us and all beloved Grey’s fans. We, unfortunately, have not heard too much since then. We did get insight that he was leaving to help his own mental health.

We’ve waited for more news to break but nothing really has come of it since. Ellen Pompeo briefly commented on it, but we have not gotten an actual statement from her or any main Grey’s characters. This has been very disappointing to me. We are losing a significant character that has been with us since the very beginning and we haven’t really heard any reactions from other significant characters. We just want to know how everybody else is coping with this news and if the cast is just as upset over it as we are! There are also rumors stirring that things have been a little crazy behind the scenes of Grey’s, which is even more reason for us to be curious!

Chambers leaving came very suddenly and then we found out that his last episode had already aired and that he wouldn’t even be getting a proper send-off. For a character we have followed and adored for so many years now, this was heartbreaking. Little did we know, November 14th was the last episode we will have seen Alex Karev in. We don’t know how they’re going to wrap his chapter up on the show, but just one more week until we find out.

We recently heard from Chambers for the first time since all this news broke. On Monday, he was seen at Chateau Marmont. Page Six posted a video of Chamber’s talking about life after Grey’s Anatomy. They ask him if it was a hard choice for him and he responds with “Of course. It is a big chunk of your life” She asks if it’s emotional and he again says, “of course!” Chambers states he is excited for life, love and friendship moving forward. She questions him about filming roles and he states he is “taking it one day at a time.” She begins to ask if he spent time at Privé-Swiss and then quickly changed the subject, stating how supportive Grey’s has been of him during this time. The video then comes to a close.

In this video, Chambers seems happy and looks like he has a positive outlook looking toward the future. This absolutely has to have been one of the most difficult decisions he has ever made. We all know the show is likely coming to an end, therefore I truly believe this was something he was greatly struggling with. Otherwise, I believe he would have just waited it out until the end.

As far as we know now, Chambers is back in Los Angeles. We truly wish him the best and hope that he feels happy every day moving forward. We hope that he finds new roles that bring him joy and very minimal stress. We wish for him to spend time with his family, friends and loved ones and live the best life he possibly can.

Moving forward, we’ve been reading a lot of fan theories and they are all truly great. We’re all anxiously awaiting January 23rd so we can see if any of our theories are right! We will be sure to put out an article with some of these fan theories.

We really hope the writers keep the storyline kind of open for Karev. As much as it seems unlikely, it would be amazing if they found a way to bring him back in the final season or even the final few episodes. As long as Chambers feels like his mental health is well enough to do so. His mental health comes first, of course. The fans would absolutely love to be able to see his face again. Mer needs her person. The children in Peds need the best doctor/surgeon in the world, and we just need one of our favorite characters.

Keep an eye out for an article coming soon here on Spoilerist with all the fan theories we’ve been reading over the past week and a half. We will write about them all and we can all see who comes closest in seven days!