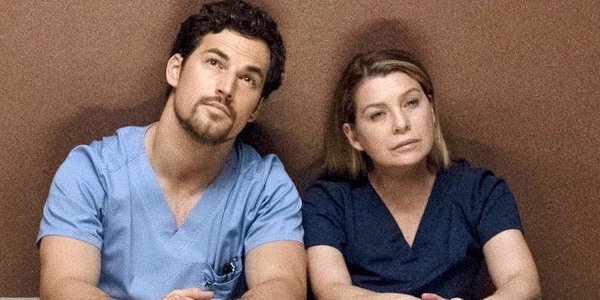 Okay, hear me out now. By now, the majority of us have seen the tragic episode where Andrew DeLuca was stabbed, and died due to it. What if they do a direct donation to Meredith Grey with his lungs and save her life?

I know, it may seem far fetched but it could happen! She is on a ventilator. We have no idea if she is going to wake up. Her lungs are weak, and his were not. Perhaps this will be what they can do to save her and bring her back.

It’s agonizing to sit and watch Meredith every week just laying in that hospital bed. We don’t get to see real interactions from the main character of the show and it can be so frustrating. This reminds me of when Jo was going through a really hard time and it was episode after episode of hoping she would be okay and go back to her happy loving self. That’s what we want for Meredith now. We need her to recover and start being the awesome surgeon she always has been.

We’ve seen Meredith Grey go through so much in her lifetime. She survived a bomb, drowning, a plane crash, the death of many close friends, the death of a sister, the death of a husband, a miscarriage, her best friend moving across the country… I mean, i could go on and on for AGES here. The point is, she has made it through all of that, continued to be a great mother and a great surgeon. She HAS to survive Covid.

But what are the writers even thinking? They want to make it so this season can serve as not only a season finale, but as a series finale if they choose not to come back for season 18. We CAN NOT let that happen. It can’t end here, not with Covid, not like this. Andrew needs to have his lungs and any other organ that Meredith may need, directly donated and we need to get this show on the road! We need to see Meredith break through and get in that OR again (and not on the table!).

So, come on Grey’s fans…. as far fetched as it may seem right now, doesn’t it make sense that he will donate anything she may need to save her life? They truly did love each other after all.

Also, if she dies and doesn’t get to have a real life, real world reaction to his death I may never forgive Grey’s Anatomy ever again!