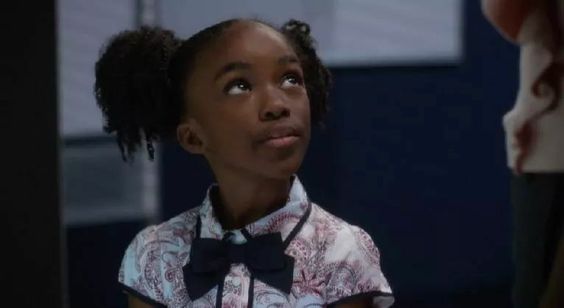 Zola Grey Shepherd. A name that right off the bat sparks a smile for every Grey’s fan. We have a lot of characters we disagree on, but I’m not sure any sane person can say they don’t love Zola.

We don’t want to imagine the day, but one will come when Meredith is no longer a surgeon. Nor Bailey, Richard, Jo, Amelia or any of the amazing surgeons we love to watch today. Zola will be in charge when that day comes, I guarantee it. She wants to be a brain surgeon just like her father was. There is no doubt she will be a damn good one.

Zola comes from a family that is stronger than most. Not a lot of people can say they have gone through what Meredith Grey has gone through in her lifetime. Starting from when she was just a young girl, watching her mother try to end her own life. She has been facing struggles for a long time, and overcoming them as well. We are confident that Meredith with instill this “go getter” personality into Zola as well.

Zola is currently being raised by a single mother, who is thriving and doing a great job raising her three children (give or take a few mishaps recently), as well as two just as fierce aunts. She is going to confidently be top of her class, quite possibly graduate early and be on her way to next chief resident, chief of neuro, and chief of Grey Sloan Memorial Hospital itself.

Imagine Zola, giving Richards classic intern speech to her set of interns one day. Imagine her rushing to the OR and giving life saving surgery that only a Shepherd could pull off. The possibilities are endless. She is going to be a fierce, phenomenal surgeon and leader.

Of course, we didn’t forget about little Bailey or Ellis. They are also destined for greatness. Though, I don’t think that their futures are as crystal clear as the one we know will be Zola’s. I imagine Bailey becoming a firefighter. I see Ben Warren being a mentor for him and encouraging him down this path. As for Ellis, I see her being a lawyer. Just like the one Meredith had to save her medical license. I think she will be fierce and defending the people who need it most.

As always, if you have any predictions yourself, let us know! We would love to hear them!